Typography is pure nim implementation for font rasterization (letter drawing) and text typesetting (text layout). It does not rely on any external library such as FreeType, stb_truetype, pango or HarfBuzz.

Each font has an table of glyphs.

And for each glyphs, you can see what the SVG path of a glyph looks like:

You can also draw this path to see all of the paths and all of the curve contorl points:

Most of the time you would like to just get the image instead:

You can then use this image in openGL, canvas, or even HTML.

Each glyphs can be rendered with a subpixel offset, so that it fits into the layout:

Note how many of the "o"s and "m"s are different from each other. This happens because spaces between letters are not an integer number of pixels so glyphs must be rendred shifted by fraction of a pixel.

Here is how glyph changes with different subpixel offsets:

Before glyphs can be rendered they need to be typeset:

This produces a layout.

You can then use the simple drawing included to draw to an image, or use some other graphical librarry like openGL, canvas, or even HTML:

You can also give the typeset region width and height so that text wraps and clips:

There are 3 horizontal and 3 vertical alignment modes:

When selecting text is useful to know where to highlighting rectangles.

When clicking on text is useful to know where to highlighting what glyph and what is the string index.

At the large font sizes (more then 24 pixels) the fonts on most operating system looks nearly identical. But when you scale the font bellow 24px different OSes take different approaches.

How the font should looks on screen is very subjective, some people love the crisp windows fonts, others swear by the apples adherence to design. But my opinion is its all related a lot with familiarity. What you are used to is what you would like best, and when a person switches to a different screen with a different font rendering style brain immediately rejects it.

Subpixel Antialising is on its way out

About a decade ago Subpixel Antialising significantly improved readability of fonts. It would leak a bit of color to the left and right of text because color pixels were not square. Back then the pixels were big and monitors followed predictable patterns first in CRTs then in LCDs.

Then everything changed. In 2018 our pixels are really small and they don't follow the same typical CRT or LCD orientation. 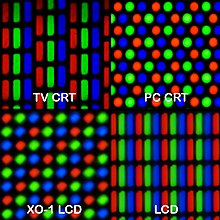 The fact that there is no standard pixel layout grid anymore and the fact that high resolution displays are everywhere makes subpixeling obsolete. Apple, Adobe, Bohemian and other companies in the typography space are abandoning subpixeling for these reasons.

This library does not support Subpixel Antialising.

Full backend implementation of a text area. You need to connect your own rendering, keyboard and mouse input.

Often when displaying text you also need to edit text. This is where the textbox part of this library comes in. This implemented the backend of a text box/text area/input element/text field. Text boxes are surprisingly hard to implement right because the users are very familiar with how they work, so any missing features or inconsistencies are painfully obvious.

Here is a small list of some of the features:

How to convert any font to SVG font using FontForge:

SVG fonts are really nice. The are simple to parse and understand and debug. They are very uncommon though. But they are good as a debug input, output, or intermediate step.